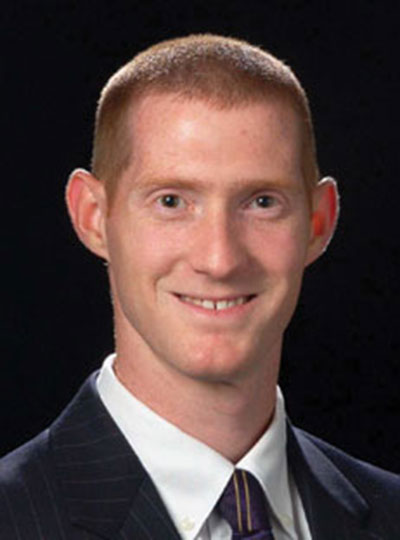 Dr. Spangler attended Virginia College of Osteopathic Medicine where he worked with Virginia Tech team physicians during basketball and football seasons. A five year orthopaedic surgery residency took him to Grandview Medical Center in Dayton, Ohio and afforded him additional hands on opportunities. He served as team physician for the nationally recognized Centerville High School football team and trained several weeks with the Indianapolis Colts team physicians, the Cincinnati Reds team physician and the Cincinnati Bengals foot and ankle specialist.

After completing his residency, he was accepted into the Wake Forest University Sports Medicine Fellowship program. While in Winston-Salem, he was fortunate to continue his extensive sports medicine and team coverage opportunities by serving as one of the team physicians for the Wake Forest University basketball and baseball teams and for the Winston Salem State University football team. Dr. Spangler also provided team coverage for the Winston Salem Dash, a minor league affiliate of the Chicago White Sox and served as a volunteer physician for Kyle Petty Charity Motorcycle Ride.

Dr. Spangler specializes in arthroscopic surgery with his main focus in shoulders, hips and knees. He also has extensive training in total shoulder, total hip and total knee replacements and a special interest in treating overhead athletes as well as treating other sports-related injuries.

In addition to spending cherished time with his family, he enjoys attending University of Tennessee football games, playing golf and listening to country music. After participating in a life changing Medical Mission in Guatemala a few years ago, he hopes that the opportunity will once again arise for future missions.

As a fellowship trained Sports Medicine specialist, Dr. Spangler is delighted to return home and join the CSMO Cleveland office group. He resides in Ooltewah with his wife and high school sweetheart, Aubrie, and their two daughters, Paisley and Adelyn.

I’m excited to return to my hometown to practice medicine in the community of Cleveland and the surrounding areas whom have always been a special part my life. My goal is to build relationships with my patients and provide sports medicine and orthopaedic care that will allow them to continue doing the activities they enjoy.
Dr. Jason SpanglerDr. Jason Spangler
Patient CommentsVideos
Menu