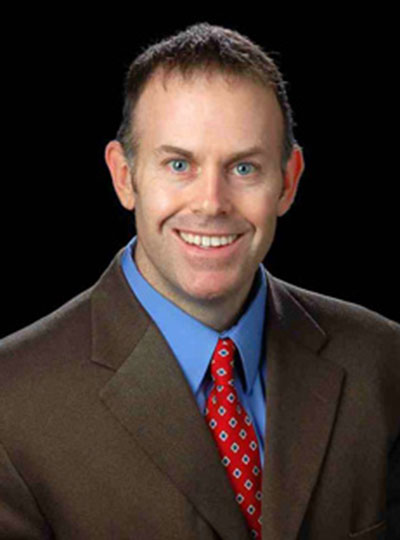 Dr. Grebner has a broad range of expertise and experience as an orthopaedic surgeon, a physical therapist and as a distinguished member of our nation’s military forces.

A native of Illinois, he grew up in a small farming community before attending the University of Illinois where he graduated with honors. He then moved south where he completed his Masters degree in Physical Therapy at the University of Alabama in Birmingham. After specializing in orthopaedic and sports physical therapy for 4 years, he was accepted into Medical School at Midwestern University in Chicago.

In medical school, Dr. Grebner was honored by his peers to serve as the Class President all four years and as the recipient of the Dean’s Commendation Award for exemplary performance as a medical student and for his dedicated service and commitment to the community and the university.

He completed his Internship and his Residency in Orthopaedic Surgery at Ohio University where he was awarded Outstanding Intern. While in Ohio, he had the privilege of receiving additional sports medicine training working with the Cincinnati Reds team physician; he also had foot and ankle surgical training working with the Cincinnati Bengals medical team. He received additional trauma surgery training at Tampa General Hospital in Tampa, Florida.

Most recently, Dr. Grebner moved from Wichita Falls, Texas where he was stationed at Sheppard Air Force Base serving active duty as a Lieutenant Colonel in the United States Air Force. During his military career, he received the Distinguished Graduate/Honor Flight member award in Officer Training School and the Meritorious Service Medal for outstanding achievement and distinguished military service in a level of high responsibility. Dr. Grebner served our country overseas in Operation Enduring Freedom where he was the Chief Orthopedic Surgeon for the 379th Expeditionary Medical Group. 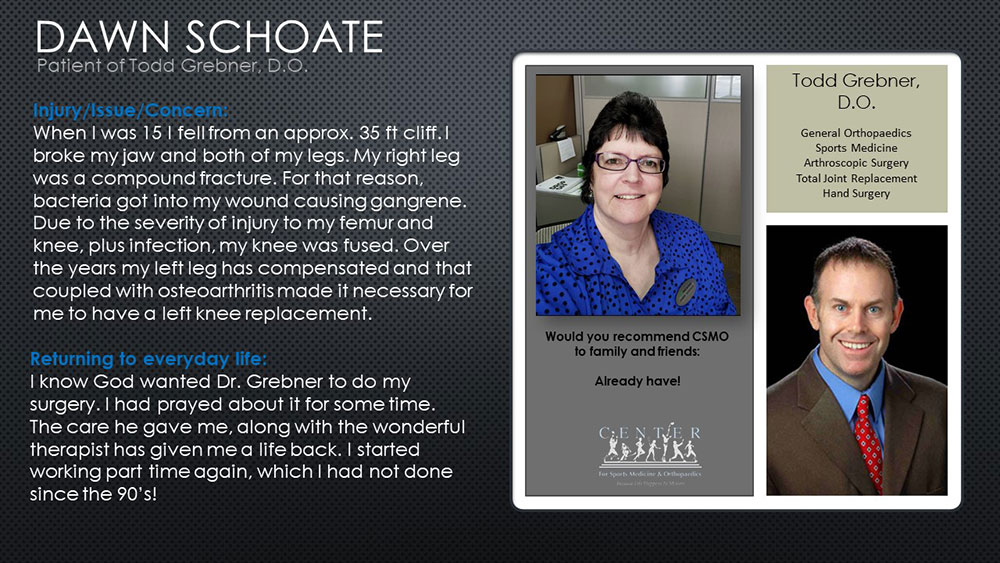