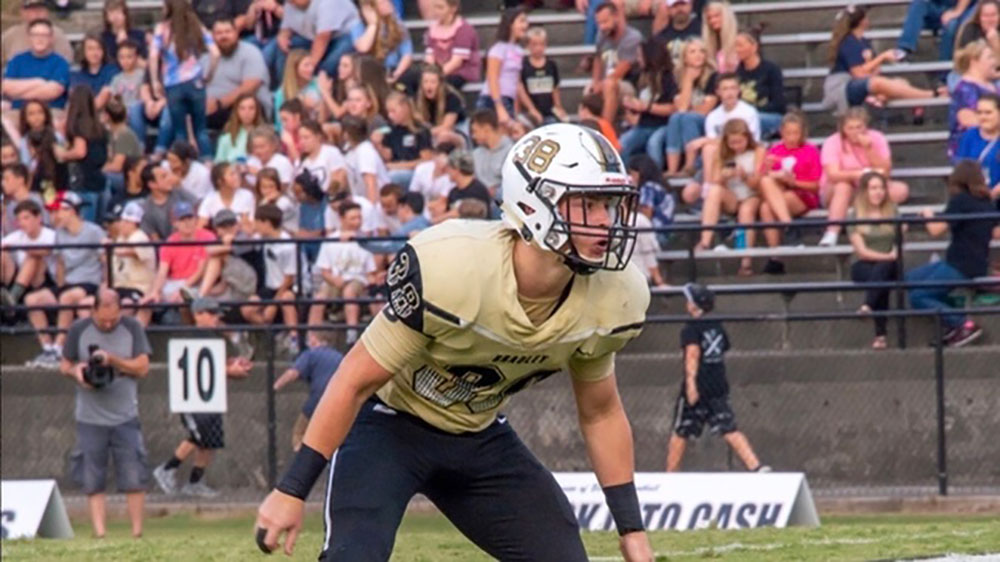 Having a torn anterior cruciate ligament (ACL) can be some of the worst news a young athlete can face.

However, as the attention to high school sport injuries increases, that type of injury is becoming less of a career-ending one. A fact that is making Bradley Central High School linebacker Kins Hooper’s return to the football field in the near future a reality.

Hooper told NewsChannel 9 about the moment last spring when he heard the pop no athlete ever wants to hear.

“I went to go push, and whenever I planted my left leg, a guy fell onto it,” Hooper said. “The first thing I thought was the worst.”

It turned out it was the worst. The Bradley Central High School linebacker had just torn his ACL during the final play of their spring scrimmage last May.

“I knew it was really bad, I felt everything inside my leg,” he said.

Then more bad news. He would miss his entire junior season.

“It really didn’t hit me until I first started going to physical therapy,” he said.

“I was asking myself a few times if it was even worth doing it,” Hooper said.

Even five to ten years ago, Hoopers’s doubts about ever playing again would be very realistic. However, Bradley Central High School’s athletic trainers with Center for Sports Medicine and Orthapaedics say treatment for young athletes has improved in recent years. The quickness with which treatment begins–and the mental stability they provide their athletes–makes returning to the field a reality.

Julie Savage is an athletic trainer with Center for Sports Medicine and Orthapaedics. She has been working diligently with Hooper since his injury to get him back in action.

“We’re really worried about getting his leg as straight as we could as soon as we could”, Savage said. “There’s a window where you will only be able to straighten your leg so much.”

Savage says working on a player’s mentality is crucial during their physical recovery.

“We have to get his mentality that he can do this, he will come back from this, he will play again next year,” she said. “The sooner you can get them doing anything, even if it’s not related to their sport, just getting them active, the better their mental health is.”

While Hooper works to recover, he has taken a new role on his team from the sidelines. Savage says he’s now a mentor for the two new middle linebackers who are starting for the Bradley Central Bears this year.

Hooper’s trainers at Center for Sports Medicine and Orthapaedics say he is expected to recover and return to the field to play for his senior season next year.